While I was sitting and writing my last post about Star-Belly Sneetches Tasya was involved in some game.
I often sit in the armchair with my legs lifted, resting my feet on the arm of a sofa, which makes a bridge for Tasya to play. It was only when she climbed up my lap that I paid attention to her. There she was sitting on a bridge, dangling her legs. And there was a collection of different jars on my lap too.
What are you doing, Tasya? - I asked.
- I am sitting on the branch like Winnie-the-Pooh and this is my honey.

Whooosh! I was taken away in her game! Yes, she played on (up) the last chapter of Winnie-the-Pooh that we had read just before her nap time.

"Let's start from the beginning. It rained, and it rained, and it rained.
And here is Piglet in his tree house all surrounded by waters." - Tasya climbed up on a chair and cried "Help! Help!" Then she grabbed a piece of paper - the message! (Missage - originally). I had to find a bottle with a cork urgently. A little bottle with large mouth decorated as a vase served well for it. And we used a piece of paper which I winded with elastic round the mouth - this was how we corked the bottle.
"You may throw it now and watch it floating away from your house."

So she threw it on the carpet.
”...splash! - and in a little while it bobbled up again on the water; and he watched it floating slowly away at the distance , until his eyes ached with looking (...) and then suddenly he knew that he would never see it again and that he had done all that hecould do to save himself."

Then I made the "bridge" between the armchair and the sofa again. We recollected all the jars on my lap and there she was sitting on the branch of a tree, dangling her legs, eating honey jar after jar.
"There is no more honey left by your side, what should you do now?    look around, what do you see?"
"Honey!" - shouted Tasya, and plunged into the water.
"what is it? A bottle, an empty bottle?
”"Bother!" said Pooh, as he opened it. "All that wet for nothing. What's that bit of paper doing?"
"Message" - said Taya
"Yes, but can you read it? No, you can not, you sould go to meet Christopher Robin then. But how?
"If a bottle can float, then a jar can float, and if a jar floats, I can sit on the top of it, if it is a very big jar."

We took not a jar but a ball, Tasya tried to balance with her belly on it.
"All balls have to have a name, so I shall call mine Floating bear."
...For a little while Pooh and the Floating Bear were uncertain as to which of them was meant to be on top, but after trying one or two different positions, they setteled down with the Floating Bear underneath and Pooh triumphantly astride it, paddling vigorously with his feet.“
Pooh arrived at Christopher Robin's place and they dashed into each other's arms. - We rolled for a while cuddling on the sofa, Tasya's favourite part!

"How did you get here, Pooh?"
"On my boat", said Pooh proudly. "I had a very important Missage sent me in a bottle, and owing to having got some water in my eyes, I couldn't read it, so I brought it to you. On my boat".
"The message is from Piglet! He needs a rescue! We must rescue him at once!"
"But your boat is too small fot two of us. It is too small for three of us with Piglet when we shall be going back. What shall we do?"

And Pooh said, "We might go in your umbrella".
"What a good idea!"
We got seated on a big cushion. And travelled across the room to Piglet's house. There we picked up a teddy bear who played Piglet's part this time:)
"Hooray! piglet is rescued!"
”And as that is really the end of the story, I think I shall stop here.” 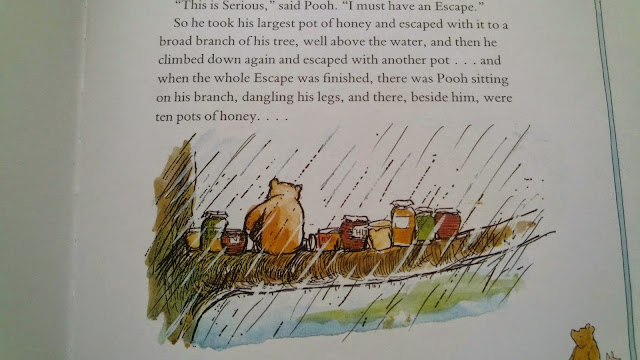 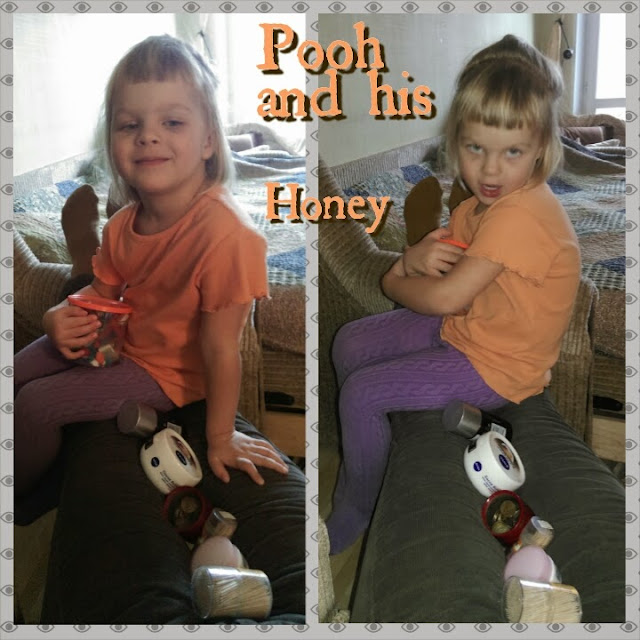 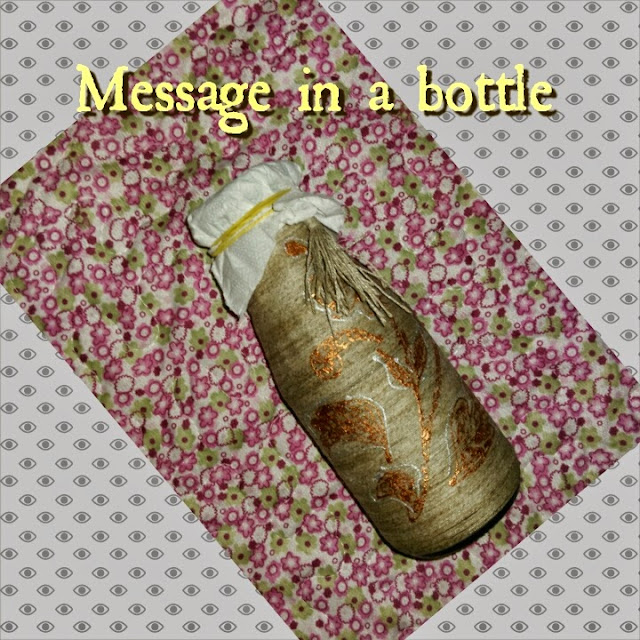 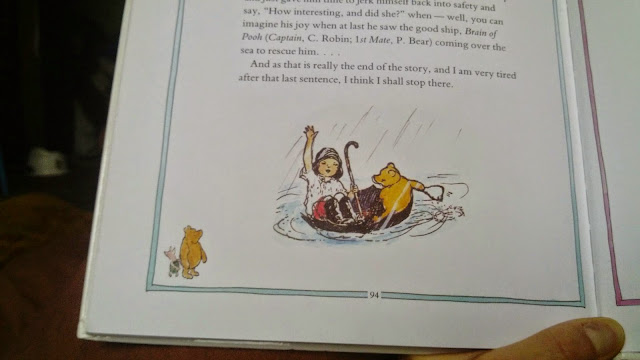